Lessons Learned from the Bank of Mom and Dad 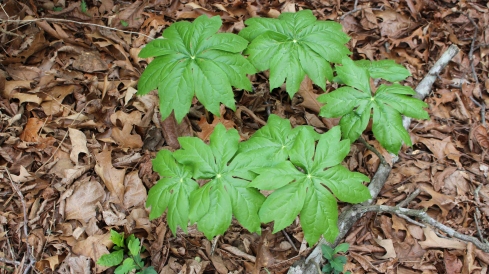 When my son was five or six, we started The Bank of Mom and Dad, a.k.a. The Bank of MAD.  The Bank of MAD pays interest at five percent, compounded whenever I remember to add interest.  Since that point the number of accounts has expanded, where my son and daughter both have passbook savings accounts, in addition to investment accounts.  My daughter (now 12) also started a car fund where she is saving up for her first car.

I started the Bank of MAD to teach my children about how banking works and why it is important to save up money for things.  I have also recently added checking to the bank, both to teach them how to write checks and track a ledger, as well as to remind me to actually take money out of their account when we’re at the store and they ask for me to buy something for them “using their money from the Bank of MAD.”  I think my daughter has gotten a lot of freebies since we forgot to take the money out when we got home.

The experience of starting and running the bank, in addition to paying my children “on commission” for some of the jobs around the house (they also have regular chores like cleaning their room and helping to put their laundry away that they are just expected to do) has actually taught me a lot of things about how money works and how people think in an economy.  Here are some of the lessons:

1.  The banks really have the best deal.

At first, my son would do a chore, get a commission, hold onto the cash for a day or two, then deposit the money into The Bank of MAD. I would then put the money back into the drawer where I kept the cash from which I paid him for his chores.  I was essentially able to have him work for me without needing to actually pay anything for quite a while since he would just deposit the cash I was paying him, in the mean time allowing me to continue to use the same money.  Eventually he would skip the cash entirely and just write a deposit into The Bank of MAD when he did a chore.  Once in a great while he would finally buy something, at which point I would usually use a debit card to make the purchase then deduct the amount from The Bank of MAD.

I came to realize that this is what banks do in daily life.  We work and are paid, but then we deposit our money in the bank for “safe keeping.”  They then get to use our money to do things like lend money to businesses overnight so that they can make payroll, which is then deposited in the banks.  Banks only have assets because we let them borrow our money (nearly for free at this point since interest rates are so low).  If we weren’t so scared of being robbed, banks probably wouldn’t have this advantage.  Too bad there are so many regulations that make it difficult to start a bank today.

2.  There are boom and busts in employee enthusiasm.

An interesting thing would often happen.  Sometimes my son or daughter would want to make as much money as possible, looking for any sort of chore they could do.  At other times they would have made so much money and there was nothing they wanted to buy, so they would not want to do any chores.  At that point we had to tell them that they would lose their ability to do the jobs if they didn’t do them when they were needed (or we would stop paying them and just make them do chores).  This behavior reminded me of the behavior in some industries where some employees will stop coming to work during times when they felt like they really didn’t need the money.

3.  It’s surprising how much they save.

While there have been a couple of times where my son has cleaned out his account, first for an iPod and then for a laptop, he has really been pretty good at saving and has let the account build up.  My daughter has generally done the same, despite some raids sometimes for clothes or makeup.  I’ve really been surprised at how big both his and my daughter’s accounts have grown.   My son has actually said that there is often really nothing that he wants, so he is happy to let the money just earn interest (the 5% has helped).  As I said earlier, my daughter actually suggested opening up an account to save up for a car.  Once they started to learn that they could save up for bigger things if they put some money away and didn’t just let their money flow out through their fingers somehow on frivolous things, they started to set bigger goals.

Anyone out there set up a bank for their kids?  What about paying them on commissions instead of giving them an allowance?  What’s your experience?

Error: Twitter did not respond. Please wait a few minutes and refresh this page.