401K Changes that Would Work 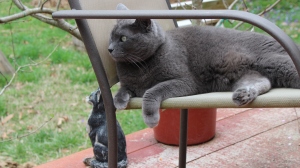 401k plans are better than traditional pensions and way better than Social Security, if they are used correctly.  The issue is that they are not used correctly.  People are too timid and leave all of their money in the money market or treasury fund their entire careers, missing out of the growth they could have had if they had invested.  They don’t enter the plan until they are in their forties or fifties, or contribute far too little.  They are too aggressive when they are nearing retirement, usually because they are trying to make up time, and see a market crash wipe out half of their portfolio value right when they were ready to head out-the-door.  They borrow against their 401k plan, or take the money out entirely, and lose the effects of compounding.

These issues could be easily solved.  The reason they occur is the rules behind 401k plans that allow or even encourage behaviors that are destructive to the employees retirement.  People have no choice in the amount they contribute to Social Security or pension plans.  The employer or the government dictates how much of the employee’s pay is contributed and how much they provide.  And at least with Social Security, you have no choice but to participate.  You are enrolled whether you like it or not.  Employees can choose not to enter the pension plan at some companies, but most realize that they should and they do enroll.  Likewise, you can’t borrow against your pension plan or Social Security or take it out early.  In the case of pension plans, they are invested in a mix of stocks and income investments in a manner that is appropriate for the goals of the plan and the payouts that must be made.

The sad part is, if people were to put all of the money they are putting into Social Security (about 13% of their paycheck) into a 401k plan and invested it properly, everyone who worked their whole life would be set for retirement.  There would be no issue paying for living expenses and medical bills.  The senior discount would vanish since most seniors would be multi-millionaires.  Unfortunately, people don’t think about their futures and plan.  They either see the big pile of cash they’ll need to build up to have  comfortable retirement as being either too difficult to achieve or retirement too far out in the future, so they sabotage themselves.  Much as I hate to see central government planing and control, some regulation is needed to nudge people in the right direction.  Unlike Social Security, where the government has proven that they’ll just squander any money given to them, however, government involvement should only extend to preventing people from drawing the money out to soon, not enrolling at all or not contributing enough,  or investing the money in a way that is too timid early or too aggressive late.  Here are some regulations that would make 401k plans the path to comfortable retirement for all:

Employees should be required to contribute at least 5% of their pay to a 401k plan to ensure they’re putting enough away for at least a basic retirement.  While I hate to force people to do anything, it is for the good of society to not have a group of destitute retirees.  As an incentive to contribute more, the rules could eliminate the need to make a Social Security contribution if at least 10% of an employee’s paycheck is being contributed to a 401k, between the employee’s contribution and the employer’s.

There is no good reason for people to be pulling their retirement savings out early, and again, doing so subjects society to the burden of carrying a lot of destitute old people.  No withdrawals should be allowed until the employee has reached at least the age of 62 (which also encourages people to work longer and reduce the number of years they’ll need to be supporting themselves with their savings).  To prevent people from pulling all of the money out at age 62 and blowing it, they should only be able to pull out a portion, like 5%, each year until they are age 70.  Hopefully by that point they will have learned that it is a good thing to take the money out slowly since then the account has the ability to recover and generate more money and they’ll continue that behavior from then into old age.

4.  Remove the money market option for those under age 58.

There is zero reason for anyone to have a dime in a money market fund within a 401k account until they are getting close to using the money.  Removing this option would force employees to invest the money, which would allow the money to grow and prevent inflation from reducing their spending power in retirement.

Most people know little about investing.  An option where a professional money manager just invests the money for employees should be included.  This would be similar to a traditional pension plan, except the money manager could invest for groups of employees separated into different age brackets instead of investing everything as one big account.  Because there would just be a few, large accounts (maybe three), instead of a lot of little accounts to manage, and because the manager would be investing in mutual funds instead of individual stocks, the cost would not be very much.

6.  Limit the contribution of company stock by employers.

Some employers like to issue company stock as their contribution instead of giving cash because cash is more precious.  This puts an employee in a risky position since he/she then has a big position in one company – their employer’s.  They could both lose a job and see their 401k decimated should the company misread market conditions.   A reasonable limit, such as 1% of salary, should be placed on the amount of company stock that can be issued by a company for a 401k contribution.  Alternatively, require a company match at least 5% of salary with cash before issuing stock so that the employee at least has 10% of his/her salary going into the 401k in a diversified manner before concentrating in company stock.  Employees should also be able to sell shares that a company distributes to them immediately and shift the money into mutual funds where it will be appropriately diversified.

Research has shown that low-cost, passive funds will beat out high cost, actively managed funds over time.  Unfortunately, some employers only have high cost funds available.  Every 401k plan should at least have the choice of a large cap, small cap, international, and bond index fund in their investment mix.

Even when they do enroll (usually through automated enrollment), many employees tend to wait to get into their 401k plans and make their investment choices, sometimes for years.  Currently, many 401k plans auto-enroll employees in a money market fund, meaning they are losing money to inflation until they shift the money somewhere better.  Instead, they should be auti enrolled in a target date retirement fund so that at least they’ll have a reasonably good investment plan until they get the time and motivation to take a little more active role.

To ask a question, email  vtsioriginal@yahoo.com or leave the question in a comment.

Disclaimer: This blog is not meant to give financial planning advice, it gives information on a specific investment strategy and picking stocks. It is not a solicitation to buy or sell stocks or any security. Financial planning advice should be sought from a certified financial planner, which the author is not. All investments involve risk and the reader as urged to consider risks carefully and seek the advice of experts if needed before investing