What Makes Stocks Go Up in Price? 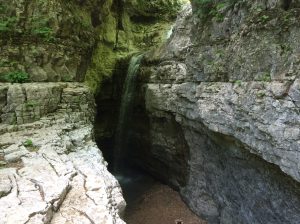 So you buy some shares of a stock, hoping to see the price rise.  Maybe you hear that McDonald’s is bringing back the McRib, so you rush in to buy a few shares.  Maybe Apple is coming out with a new i-Phone and you think the stock price will go up.  Or maybe you figure that stores will see more business in December, so you’ll make some money if you buy in September.

Unfortunately, the share price is unlikely to go up in any of these cases, yet many people buy stocks for just these types of reasons.  If you learn how stock are really priced, and what really makes them go up in price, you can learn what to look for when buying shares.

First, let’s talk about what does not cause a stock to go up in price:

1.  Stocks do not go up after news is announced.  Maybe you really like the McRib sandwich, and maybe so do a lot of your friends.  If you knew ahead of time that McDonald’s was bringing the McRib back and bought shares then, you might see a price spike after the big announcement.  If a friend of yours worked at McDonald’s (corporate) told you this news, however, you would be trading what is called insider information.  Unless you are in Congress, that could put you in jail.  (Just ask Martha Stewart).   Once the news is out there, everyone else has the same news you do, meaning they are not going to sell the stock to you for the price that was there before the news broke.  You’ll be paying the higher, post-news price.  After that, it is just as likely to fall back down as it is to continue on up in price.

2.  Stocks do not go up because of seasonal sales increases.  You can’t buy shares of Ben and Jerry’s in February when ice cream sales are down and then expect to see the stock soar in the summer when sales increase because the weather is hot.  Everyone knows that ice cream sales will increase in the summer, so the increase in sales is already baked into the price.  In fact, if B&J were to sell a lot more ice cream, but it is not as much (more) ice cream as the investors were expecting, the price could actually go down in price.  I’ve seen lots of instances where a company makes record sales, but the price falls through the floor because people were thinking the sales would be even higher than they were.

3.  Stocks don’t go up because a company sells a lot of merchandise.   You might think that McDonald’s is a great company to buy because they sell so much food in so many countries.  They are a great company, but they will not go up in price because they sell a lot of food.    You may get a good dividend from a company that does a lot of business (which is a portion of the profits they make from selling all of those products).  For example, if you own 100 shares of McDonald’s, you’ll currently get a check for $88.90 every three months from the company.   The price won’t go up because of large sales, however, because, again, it’s already priced into the price of the stock.

So why does a stock go up in price then?

Well, let’s go back to McDonald’s, which is currently paying a dividend of $3.56 per share, or about 2.98% based on the current stock price of $120 per share.  Let’s now say that the dividend was expected to go up to $4.00 per share in a year.  Assuming that other interest rates stayed about the same (banks still kept paying almost nothing on savings accounts and CDs), you would expect investors to still want to get about a 3% yield on their holdings of McDonald’s.  This would mean that the share price would increase to about $4.00/3% = $133 per share.  So because the dividend went up, the stock became more valuable, so people were willing to pay more for the shares.  The price, therefore, increased to the point where the dividend was still about 3%.

So based on this, reasons a stock would go up in price are:

1.  The company increases its dividend.  If a company starts paying out more money, its yield would increase if the price of the stock stayed the same.  Because the yield would stay about constant, assuming that interest rates paid by other investments stayed about the same, the stock price would increase until the yield was again about 3%.

2. Interest rates go down.  If you had your money invested in bank CDs, but then the interest rates paid by bank CDs dropped by 1%, you would start looking for other places to make money.  You might, therefore, bid the price of a stock up until the dividend was about 1% lower than it was.  When rates go down, stock prices go up.

3.  Dividends are expected to go up.  Let’s say that you expect McDonald’s to double the amount they were paying in dividends over the next year.  Rather than wait for the company to actually start paying the higher dividend, you might buy now, paying more that the 3% yield price since you expect the company to pay a higher dividend later.  If you were sure that dividends were going to double, you might pay double the price, minus a little because your money would be tied up in McDonald’s stock for the year rather than earning bank yields.  So you might pay $230 per share today, expecting the price to rise to $240 per share when the company actually starts paying the higher dividend.  That way, you would gain an extra $10 per share to make it worth tying up your money for the year.