Investing a Coverdell ESA/Educational IRA during the Last Few Years 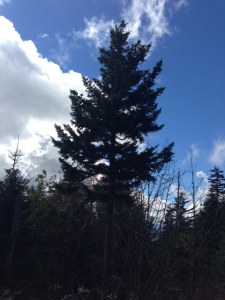 It is pretty easy to plug a few numbers into an investment calculator and expect a return from your stock portfolio in a certain number of years.  The issue is that returns are hard to determine over relatively short periods of time.  If you’re investing for retirement and you’re starting at age 18, you can reasonably plug in a 12 or 15% return into an investment calculator and probably come fairly close to makign that return over 40 or 50 years.  If you’re investing for shorter periods of time, like ten to twenty years, you’re almost guaranteed a positive return over the period, and that you’ll do better than you will in a savings account, but the return you’ll get is more difficult to judge.

The issue is that those 12% to 15% returns include some really fantastic periods like the 1980’s and 1990’s.  Go without them, and your returns can be a lot less.  The 2000’s were pretty rotten, starting with the dot com bust in 2000 and including the housing bubble burst in 2008.  Luckily, we’ve had some good years, such as in 2003 and 2004 after taxes were cut, 2009 and 2010 after the housing bust when investors rushed in to buy cheap stocks, and even 2013 and 2014 thanks to historically easy monetary policy.  This has helped reduce the sting.  Still, it hasn’t been the roaring eighties or the roaring twenties.

In bad timing from an investing standpoint, my son was born in 2001.  We started an educational IRA/ Coverdell ESA the year he was born and invested $2,000 in it each year.  We put mostly mutual funds into it with a few individual stocks (probably a 60%/40% ratio).  Some of the individual stocks have done very well, others not so well.  Our best pick was Stryker, up 110% from what we paid back in 2010.  The worst was Pier One Imports, which lost about 50% of its value before we sold it.

Estimating a 12% return, I expected the account to have about $95,000 in it by now.  With the market issues we’ve seen, however, and some iffy stock picks, we have about $40,000, or an annualized return of about 4%, which is just a little better than the return of the S&P500.   That leaves me with a tough decision over the next few years.

With $40,000, I should be able to cover tuition at a four-year instate school.   It is, therefore, tempting to sell most of the stocks and invest in income and cash investments.  That would lock in the gains I have and mean that tuition was covered.  We or our son would just need to come up with living expenses.  That is probably what I would do if this was all of the money I had for college expenses since I couldn’t take a chance of a loss, which is a real possibility with only three years left until our some goes off to school.

Because we do have other money available for school expenses, if need be, I’m thinking of staying mostly in stocks, with a few income elements.  If the market does really well over the next few years, I might be able to raise the balance to $60,000 or even $80,000, which would be enough to pay for most of his college costs.  Also, because I don’t necessarily need to cash it all out his Freshman year, I actually have about six years to invest – not just three years.  I could, therefore, wait and watch, taking an opportunity that arises before he heads off to school or a few years into school to cash out.  If another 2008 crash occurs, I would probably make most of the losses back if I were able to wait a year or two.  Most crashes recover quickly.

Really this is the flexibility that comes with saving and investing so that you have reserves available.  It allows you to take a few more risks that may very well work out well.  Even in retirement, I plan to stay invested mostly in stocks because I expect to have more than enough to generate the income I need to pay for necessities.  I will take a portion of my portfolio and manage it like a retiree – with an appropriate mix of stocks and bonds – producing enough income to provide for expenses.  The rest can be left in stocks and tapped as the opportunity arises to increase the income being generated.

So what are your plans to pay for college for your children?  Are you saving and investing?  Planning the student loan route?