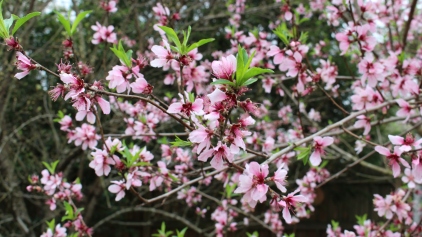 It seems like the idea of a $15 minimum wage just won’t die. As they like to do with these things, those who are pushing for a minimum wage hike won’t give up until it is enacted.  Once it is and all of the minimum wage jobs go away, as is very predictable, they’ll then say it was the fault of rich corporations.  Odd how they never take blame for the bad ideas.

Understand that the crowd pushing for the $15 minimum wage is the same people who unionized the auto industry and made is so people could never be fired, wages and benefits were high and fixed, and whether you were laid off or not depended only on your seniority – never your work quality or speed.  There was a time when people were sitting in a room for weeks at a time at the large auto manufacturing plants, playing cards, reading the paper, or just talking, because they could not be laid off. If there were no cars to be made, they just got paid to sit there.  Once all of the plants left Detroit and the place became a wasteland, just as those of us who can do math expected, the closings were blamed on bad moves by management and greedy executives.  Never were the absurd work rules and labor costs that exceeded the money being generated by the workers blamed for the plant closings.  No one mentioned the people paid to do nothing and the effect they had on the bottom line.

Now the same people who destroyed Detroit are trying to get the minimum wage raised to $15.  Understand they don’t really care about minimum wage earners.  They just want to see minimum wage increase since the union wages are tied to minimum wage.  If minimum wage earners get $15 per hour, they suddenly get $40 per hour.  If union workers get paid more, the unions get more money.   Some of that money goes to get Democratic officials elected, who then use the power of government to create more absurd work and pay rules.  It is a vicious, corrupt circle.

But maybe you think, “So what?  It would still be great to make $15 per hour.  Think of all that extra money.”

Realize that the company is only making a couple of dollars per hour off of each minimum wage worker.  The worker is making the majority of the wealth being created.  Companies just make a lot of money because they employ a lot of workers.   You could not raise wages to $15 per hour since the company isn’t making enough to cover those wages.  Maybe during the fast times, but not during the slow hours.  If you try to raise wages beyond what the workers are producing, one of two things could happen.  Something would need to happen since a company can’t keep paying out more in salaries than they are bringing in from customers.  In actuality, a combination of both would happen.  These are:

1.  Companies would cut back on workers until they were bringing in enough to pay the workers and generate a reasonable profit.

2.  Companies would raise prices to cover the salaries.

Cutting workers would mean cutting the number of people at a business during a given shift and leave more work for the people who remain to do.  This would mean companies would only keep the most capable workers – those who were able to do the additional work.  People who aren’t able to produce at a higher rate would be let go.  Technology would be used wherever possible to replace workers – expect to see a lot of self-service, phone apps, and kiosks.  Companies wouldn’t hire many young workers with no experience because they wouldn’t have the ability to have you learn on the job.  This would make it very difficult to find a summer job or even a first real job because almost all jobs would require experience and a really strong work ethic.  This is why young people should be against a raise in the minimum wage.

Old, retired people should be against this as well because of the second consequence, higher prices.  For those working, wages would rise if prices went up, so you’d need $15 to buy a burger and fries instead of $6, but you would be making $15 per hour.  Note you would still need to work about an hour to pay for a meal at a fast food restaurant – there would be no change in the amount of work needed to buy a given product since there would be no increase in your efficiency just because you were paid more.

Older people wouldn’t see an increase in wages since they were not working, however.  This means that the amount of money they had in their retirement savings, assuming it was in bank CDs as many people’s is, would effectively be cut in half.  People who are receiving money from a fixed annuity would also see their income drastically cut since they would be receiving the same number of dollars but those dollars would buy far less.

The effect would go far beyond fast food restaurants.  People in the healthcare industry include a lot of people currently making less than $15 per hour, so health care costs would soar.  Ditto for things like maid service and senior care, home repairs, services like cable TV, and even buying food at the grocery store.  You might still have $50,000 per year in income from savings and annuities, but it would buy what $25,000 buys now.  You would need to trade the hard work you did for so many years for far less.  Many of the hours of work you put in would simply be stolen.

So if you’re young or old, you should be opposing a minimum wage hike.  The only people it helps is the union bosses.  Everyone else loses their job or sees their savings evaporate.