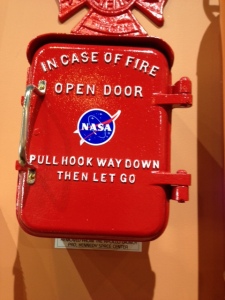 So you’ve come into a little money or maybe you’ve just been saving for a while and would like to invest.  Equities are one of the best ways to invest because they are hassle free (unlike real estate) and grow faster than inflation (unlike treasury notes and bank CDs).  One of the easiest ways to invest in equities is to use mutual funds.

The biggest considerations when choosing a mutual fund is the investing style of the fund.  For example, a fund may invest in large companies (called large caps), small companies (called small caps), utility companies, foreign stocks, stocks expected to grow rapidly, or stocks that pay large dividends.  There are also funds that invest in bonds and real estate.

A good portfolio will contain funds that invest in different things.  The creates what is called diversification.  Diversification reduces the probability for large losses since usually when one portion of the market falls another will rise.  For example, if one held 50% of one’s portfolio in an American large cap fund and 50% in a foreign large cap fund, the American stocks might be doing well during a slowdown overseas and vice versa.  This is not a guarantee that losses will not occur – there are such things as global recessions – but it reduces the level of fluctuations in general.

When choosing among different funds that invest in a given area, the most important factor is the fees charged.  Because most funds have a lot of money to invest, they will end up buying a lot of different stocks in the market.  This makes differences in the holdings of different funds very minor, so they will each have about the same performance over long periods of time (many years).  The one that charges the lowest fees will therefore outperform one that charges more.

Index funds, which invests in a way to mimic a given stock index rather than use a professional money manager to choose investments, generally have very low fees.  They don’t need to pay the large salaries of the money manager, or pay for their research materials, travel, and other expenses.  They also trade infrequently, which is another source of expenses.  One of my favorite mutual fund companies for index funds is Vanguard because they have a wide array of funds which are very low-cost.

This portfolio spreads money out to both large and small US companies and also has a significant foreign exposure.  There are no bonds – you don’t need them when you are this young and especially when interest rates are this low.

Someone who is in their fifties would need more protection from a market correction.  I would therefore invest as follows:

This portfolio doesn’t have small stocks, which are more volatile than large caps.  It still has foreign stock exposure.  It also has an REIT fund, which invests in real estate.  Normally this would be a bond index fund, but bonds are way too expensive right now to justify an investment.

These are just suggested mixes.  These can be infinitely tailored depending on personal taste and level of experience.  It is also just a starting point.  After the initial investment, one should continue to add to positions and buy additional funds.  Buying a growth fund and a value fund would be good next steps.  Another possibility would be a mid-cap fund.

To ask a question, email vtsioriginal@yahoo.com or leave the question in a comment.

Disclaimer: This blog is not meant to give financial planning advice, it gives information on a specific investment strategy and picking stocks. It is not a solicitation to buy or sell stocks or any security. Financial planning advice should be sought from a certified financial planner, which the author is not. All investments involve risk and the reader as urged to consider risks carefully and seek the advice of experts if needed before investing.