Time to Check on Your Savings Bonds 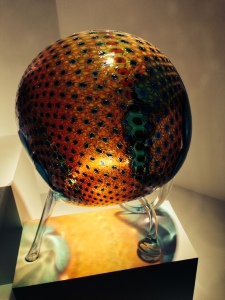 Today I was getting ready for the day, when I remembered the envelope of US Savings Bonds I had in my desk drawer.  I looked through them and remembered that I had planned to do something with them a few years ago.  Some of them have stopped paying interest (they stop paying interest after 30 years with no notification), so we’ve been giving an interest-free loan to the government for a few years. The worst offender is a 1986 $50 savings bond that has not been paying interest for almost six years!  You’re welcome, Uncle Sam.

Anyone who is in their forties and who has some of these in a desk drawer or a safe deposit box should take some time this holiday season to take a look at their bonds. Even if they are not expiring, you might want to think if there is somewhere better to put the money, which would be almost anywhere.  Older savings bonds – all of which have now stopped paying interest – paid a guaranteed rate if held for a long enough period of time.  Savings bonds since the mid-nineties started paying a variable rate of return that was never as good as the fixed rates that were paid prior since interest rates in general have been so low since that point.  A sample of the interest paid by different bonds is shown in the table below:

They are sold as $100 and $50 bonds, but those numbers mean absolutely nothing.  Many organizations use them, however, to make it look like they’re giving a bigger gift or prize than they actually are.Beyond the sub-market, variable rate paid, there are a lot of reasons to not like savings bonds.  Really, if they weren’t offered by the Government, the Federal Consumer Protection Bureau would probably be sanctioning them today.  There is really quite a few “gotchas” in how they are marketed and their terms.  These include:

So spend some time this season to go through your old savings bonds and see if there is a better use for the money.  Your Uncle Sam is in enough debt and doesn’t need to owe you money as well.  Plus, he isn’t as well off financially as he once was, so it isn’t as certain that he’ll pay you back as it once was.  You can bet that the dollars he pays you back in aren’t going to be as valuable as those you lent him.