You Generate the Wealth You Use 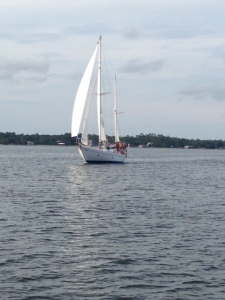 As a final installment on the topic of money and wealth, I thought I’d cover some critical points in understanding how wealth works:

1.If you are living in poverty and taking government assistance, working, middle, and upper-class individuals are generating most of the wealth you use.

2. If you are in the working class but not using government benefits, or you are in the middle class, you generate essentially all of the wealth you use.

3. If you are wealthy, it is most likely that your actions have enabled others to generate more wealth than they could have on their own, and you have taken a small portion of that extra wealth produced from a lot of people in exchange.

The point is that there is no magical pot of money that the government, insurance companies, or department stores have that they can dip into and give you things of value.  The government can print money, but unless there is someone who generated the wealth that can be exchanged for that money, a sack full of bills would just be a lot of fancy fire starters.  Let’s look at each of the situations above to understand the points made.

1. You are poor and on government assistance.

If you make nothing or make below a certain amount, especially if you have children, you can get money for all sorts of things in America.  You can get money for rent, food, spending cash, college, and even a cell phone.  But while the check in the mail may have “US Treasury” written on it, the reason that you can get a home or a dinner using that check is that someone (or a lot of someones) worked building things, doing things for others, or making things for a period of time where the money was taken from them and given to you.   Many people in the middle class pay about 10% of their income in taxes, meaning that they work for a little over a month per year without anything in return.

People who make a lot of money per year may pay 20 or even 30% of their income out in taxes, meaning that they work about a quarter to a third of the year for no pay.  Actually, this is just federal taxes.  If you include state and local taxes, some people are paying out about half of their salary in taxes each year, so they work six months for free (unless they consider providing food and shelters for others a benefit of working).

Now if other people were not working and having some of their wealth taken, you might have a check with some numbers on it, but there would be nothing to buy.  For example, suppose everyone grew food and they all ate the food that they grew each year.  You might have some money in your pockets for food, but there would be no food to buy because everyone else would have consumed all of the food that they had grown.  It is only because you are taking some of the things that they produce that you have a roof over your head, food on your table, and a phone that works.

2. You are in poverty but working and not on government assistance, or in the middle class.

If you are working, most of the things you use are there because you pay for them.  Now by “pay for them,” I’m not talking about the fact that you don’t steal things or that you physically take cash our of your purse or wallet and go through the act of paying.  I mean that you produce enough during the year that you have enough to trade for most of the things you use.  It may not seem like trading since you get a check from your company, then you whip out the credit or debit card to draw the money out of your account, but money is just an IOU for something you produced that you can exchange for something someone else produced.  The amount of effort others put out to produce the things you get is about equal to the effort you put out to produce things others wanted.

Note that you also keep most of the wealth you produce.  While you may think you paycheck is small compared to that of the CEO and that you aren’t paid what you’re worth, if you actually look at the amount of profit that each employee makes before they are paid, you find that on average people produce maybe 10-20% more than they are paid, meaning that if you produce $1000 worth of stuff during a day, you keep maybe $850 and your company keeps $150.  Because they did the work of setting up the company, finding the customers, and marketing so that all you needed to do was come in and do what you were told, you considered this a fair split.  You know that you would not make as much if you were on your own.  Otherwise, you would go out on your own and start a business.

Also note that even when it comes to things like health insurance, you are the one, on average, paying for your healthcare.  There is no magical pot of money that the health insurance company is using to pay claims.  Some years you use less care than you pay for, others you use more, but on average you pay for the care you receive, plus money for the insurance company to do the paperwork and pay their employees.  When you are mad that the insurance company won’t pay the claim, they are actually holding back money you paid them.  When you get the higher priced drug or procedure because it “all costs the same,” you’ll just pay the extra in future years with higher premiums.

Note that you are also producing the wealth needed to pay for the roads, parks, police, and the military.  Taxes for those things come mainly from the wealthy since they pay out a lot more in taxes than the middle class do, but the extra wealth they have was generated primarily by the middle class.  The wealthy just kept a little of the wealth the middle and working class workers generated in exchange for creating a situation where the workers could generate wealth more efficiently.  Some of that wealth is then used to do things like field the military and pay for trucks and planes.

If you are wealthy (and staying wealthy or growing more wealthy).

If you are wealthy and going to stay that way, meaning that you didn’t just win the lottery or are the heir to wealth and are steadily spending down a bank account, most of the wealth you have and are gaining each year is being produced by those in the middle and lower class.  They are giving you some of the wealth they generate because you are providing them with the ability to produce wealth more efficiently.  For example, maybe you are providing expensive tools like backhoes and cranes that workers are using to build buildings.  By using your tools, they are able to create things that are far more valuable than they could produce in the same amount of time with just hand tools, if they could produce them at all.

You may also be providing a way to create wealth that is more effective and efficient than they could do on their own.  For example, if you own a chain of stores, people can make more money selling things in your store than they could standing on a street corner because you have a steady stream of customers due to your reputation and advertising.  You also know how to price things to generate more sales and have the ability to buy things more efficiently since you buy in volume and have suppliers that are not available to most people.

Because you are only taking a small amount of the extra wealth each person produces, you are probably helping a lot of people work more efficiently.  You don’t just have one employee and are taking most of what he produces.  The more people you hire and the more efficient you can make them, the more money you collect.  People in the working class generally produce less per hour than those in the middle class since they lack the skills and abilities that those in the middle class possess.  For example, perhaps middle class workers know how to use tools like a backhoe or a crane, or have the ability to direct lower class workers in more efficient ways.

Maybe you don’t run a business directly, but if you are gaining wealth through investing, you are using some of you wealth to enable others to work more efficiently.  You are then being paid with a portion of that extra wealth that is produced.  Because you buy shares of XYZ, they are able to buy new tools or add new stores, allowing more wealth to be generated.

So there you have it.  There is no magical pot of wealth.  Whatever you use, unless you are living on government assistance, you or someone in your family produced (or produced other things and traded for the things needed).  Know this when thinking about how the economy works and you’ll make better decisions.